This new groupset borrows technology for the higher level Ultegra and Dura Ace groupsets that were released last year; Semi-wireless and 12 speed shifting being the notably upgrades, but even aesthetically the groupset looks very similar to its big brothers.

Shimano are aiming this towards the 'mid-range' groupset market, similar to SRAM Rival AXS which has been fairly dominant in this space over the last 18 months, especially for bikes at the £4-5k level. Interestingly however 105 DI2 is still more expensive than Rival AXS (at least as a groupset aftermarket option) and it sits closer to a Force AXS level pricepoint.

Bike brands have provided limited information on new models featuring this groupset - we are waiting for information from Specialized, Trek etc. Although Wilier have released their new Garda with 105 DI2 - prices start at £3690 which is really interesting for a DI2 equipped bike. It appears electronic gearing for the masses truly has arrived. 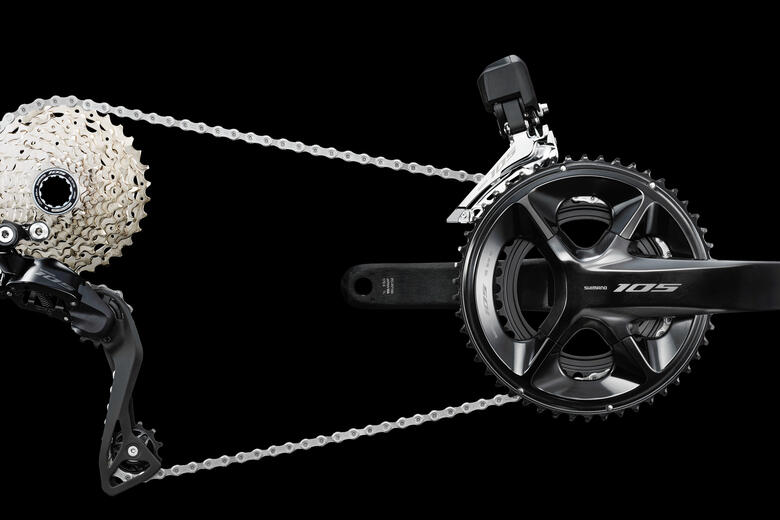 Groupsets are predicted to begin arriving in the UK from 1st August - we do have a number of launch groupsets available for pre-order from this date.

Any further questions about Shimano 105 DI2, please get in touch with us using our contact page, or emailing gresham@bespokecycling.com

Shimano have unveiled the latest generation Dura-Ace 9270, now 12-speed with wireless shifting - plus a raft of incremental improvements that keep their flagship at the...

SRAM have expanded their eTap AXS wireless 12-speed groupset range with the addition of a more economical Force version.

The Bespoke Cycling Bike Selector portal enables you to use your fit data or current bike to browse new bikes which can perfectly match your setup.