The new Specialized Crux is here, and it may be a familiar name but it's a very different bike. All new, in fact, and now the lightest gravel bike on the market.

There's a lot to unpack, and this is one of the most exciting new launches we've seen for a while... let's take a closer look:

Let's start with the Aethos, because that's exactly what Specialized have done in creating the new Crux. The Aethos has been a massive success by starting with a clean slate and building the lightest possible frameset with an emphasis on handling. Specialized pulled out all the stops to create a 600g road frameset that rides like a dream.

The new Crux takes the lessons learned from building the Aethos to create a 725g gravel/adventure frameset (S-Works 725g, rest of range 825g). 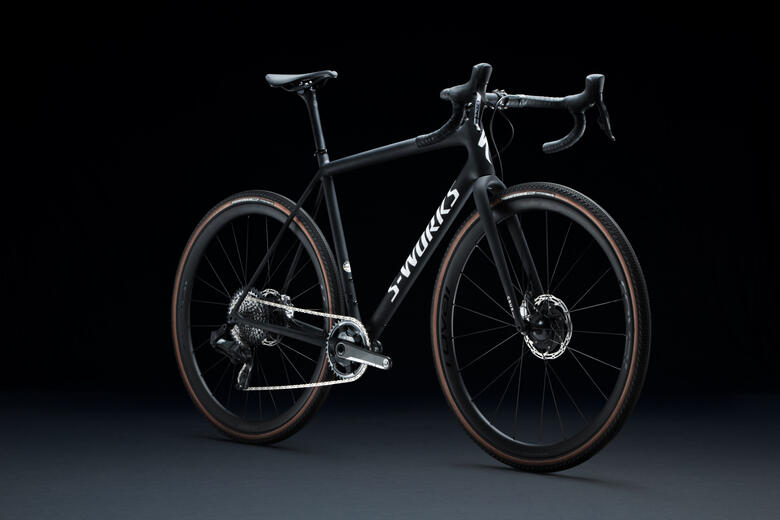 It's not intended to replace the Diverge, but to sit happily alongside it in a complementary position. The Diverge is the gravel bike for endurance riders, bikepackers, load luggers. The Crux puts the emphasis on speed and agility.

The Crux has traditionally been the cyclocross-specific model in the Specialized range. That cyclocross influence hasn't been left behind, but the new bike is intended to cover a far wider range of use cases.

There's now more tyre clearance, allowing for tyres up to 700x47c (depending on tyre profile), and it'll also happily run 650b wheelsets, with tyres up to 2.1in wide.

The geometry is still race-informed, but has been comprehensively tweaked to give a blend of stability and agility. Reach has been extended, but the stem lengths have been correspondingly shortened, and there's shorter stack at the front, too. All this combines to give a slightly longer, lower riding position than before, but with precision handling.

Likewise the bottom bracket sits 3mm lower than the previous generation Crux, but is still a fair bit higher than the Diverge. This is a bike intended to be ridden hard and fast, whatever the terrain.

The S-Works bike features a power meter crankset, another good indication of the performance-orientated nature of the new Crux.

All the models in the range now feature carbon fibre framesets, no more alu versions, with the same 400g carbon fork being used across every level. All but the entry-level Comp model have carbon wheelsets too, plucked from Roval's highly capable gravel range.

There's also (joy of joys!) a threaded bottom bracket, for maximum choice and minimum chance of creaking compared to the pressfit alternatives.

The seatpost is a standard fit 27.2mm, giving you the option of fitting a dropper post (not that most of the superlight crowd will want to add that weight, but it's good to have the choice, and the tyre clearance does mean the Crux will handle some properly extreme terrain).

You're looking at around 7.25kg for the complete S-Works bike. Crazy light for such a capable gravel/adventure machine. And of course the S-Works frameset is available separately, for custom builds - we're looking forward to seeing some real ultralight dream builds in our Gallery over the coming months! 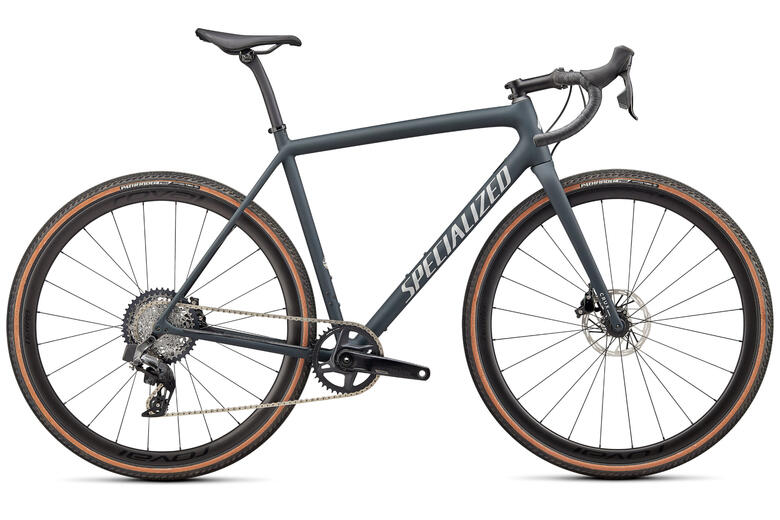 The 2022 Crux is available to pre-order now, and as always we'll be one of the very first dealers to get hold of them. Given current global supply chain constraints we recommend reserving yours as early as possible, supplies are likely to be limited for the foreseeable future.

Get in touch with Dan, our head of sales, to reserve your bike, discuss build options, arrange a bike fit, check your existing fit data or simply for more info.

A classic lightweight road race bike, reimagined. The Aethos is a skunk-works project come to life, ultralight and totally focused on the ride.

Specialized have unveiled the new, third generation Diverge. A complete redesign of their gravel/adventure mainstay, it has a lot to offer. Let's take a closer look...

Why you need a gravel bike in your life

Gravel/adventure cycling is where the fun is at, and there's never been a better time to get started. Let's look at what it entails, and how to get started...

New - superlight carbon wheelsets for more than road. 700c and 650b sizes - complete with a fantastic lifetime warranty and free crash replacement for ultimate peace of mind.