Barry is in Mallorca riding the Vuelta Mallorca Masters 4-day race and he'll be keeping us up to date on his adventures over the coming days. Here's his report on day one:

Out of the Comfort Zone

When I was a kid I was really into football. And if I say so myself, I was pretty good.

At age 7 or so my dad took me to play organised football and there was a league for all the years on a massive site with 15 football pitches. I was in the youngest year group; it went up to 16. As we pulled into the car park I saw the older kids practising and one of them scored a bicycle kick. I remember saying to my dad these were all too good for me...

That's kind of how I feel every time I do a 'serious' road race; its a genre I don't do much of at all and everyone seems to know each other and have their own little code. I feel a total fraud in comparison!

For instance we were given race numbers to put on our bikes and I attached mine with zip ties, but it seemed everyone else had those PRO looking race number holders that attached to the frame (i.e. the things you see on Tour bikes...).

The point being that physically I can do these sorts of rides; but mentally it's a confidence thing. You feel in a foreign environment (literally in this case) and I 'sink' into myself. So its good to front up and face those fears...

The Vuelta Masters is a 4 day stage race in Mallorca; 3 days are around 100km and one is a short time trial. It's mainly local riders there, but quite a few serious Brits come over for it; I knew the standard was going to be super high.

It's a million miles away from my recent focus on ultra long rides; but that was part of the challenge.

I have three boys who are 9, 7 and 5. And they are at the stage where they are doing new things all the time - sometimes with confidence and other times with reluctance. We recently went to a water park and my 5 year old at first refused to go on any slide. Tears galore. But then he got the hang of it and could not stop.

I remarked to my wife that we often 'make' our kids do things they dont want to do because we know it's good for them or that they will like it once they overcome that initial fear.

But when we become adults we often hold ourselves to a much lower standard than our kids; we often refuse to do anything thats out of our comfort zone!

So this was a chance to do something way outside what I normally do...

Regular readers won't be surprised to hear that Barry is riding a Specialized S-Works Tarmac, one of our absolute favourite road race bikes.

The bike was amazing as ever; so versatile and confidence inspiring

The bike itself is the standard S-Works spec, but he's running Silca latex inner tubes for that bit of extra suppleness, and a touch of marginal-gains weight saving.

In the relatively short stages and mild weather of Mallorca the emphasis for clothing is on speed and efficiency; very different from his recent ultracycling experiences. A skinsuit is perfect for this kind of race, aero without being restrictive (and it just so happens we have the PNS Skinsuit on offer with 25% off until the end of the month).

An S-Works Evade helmet provides further aero benefits, without being too hot when putting the hammer down. It is also brilliantly light weight.

Finally the Wahoo ELEMNT ROAM computer provides data on the go. We'll be looking at that in more detail in the coming weeks. 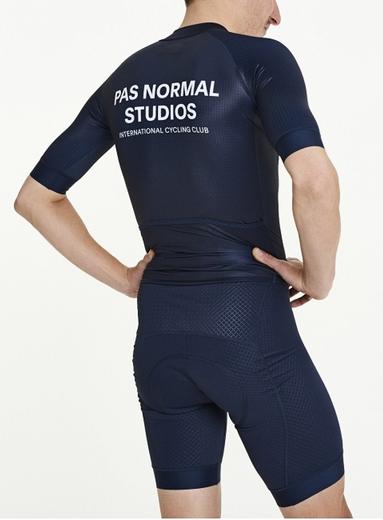 Spain take their Masters riding seriously; we had closed roads, team cars, support cars, ambulances following us and the Guarda Civil blocking off the traffic. It was amazing.

Day 1 was 95km; the first 4 km was meant to be neutralised but I knew this would be manic when I saw we were surging at 400w in the neutral zone.

After 4km apparently the red flag went down and it was now officially a race; to be honest I didn't notice any difference!

The better riders stay at the front; the further back you are the worse the accordion effect - gaps open and it's a nightmare to get on a wheel. But I decided that given this was my first road race in probably 10 years that I would stay out the back and 'learn' on the go.

My only previous race had been a crit last year at which I got dropped after half way - it was windy and there were way too many surges for my liking. Today had all the hallmarks of that again - it was really windy and as soon as a gap opened you were pushing 500w trying desperately to close it.

The first 30 minutes were crazy and I was sure I was going to pop; and if that happened it was lights out; there is no way you would ever bridge back to the group with that head wind.

My highest heart rate in training has been 175; today I looked down with alarm and saw 179! I thought there was no way I would be able to do this for 2 hours.

Fortunately it slowed down eventually; and we got in a steady space of c 42km/h and around 250w - though if you daydreamed for even a moment you left a gap and had a very unpleasant 20 secs of max effort to get back on a wheel.

The riding was great though; clearly they all knew what they were doing and there was no sketchy riding or crashes (although its only Day 1 - long may that continue...).

After an hour the NP had dropped to 280w and I was half way there; I felt increasingly comfortable after the ridiculous start and thought that the main group had been formed - many people had been shelled out the back.

On the way home the pace started to drop; we were doing 32km/h and I knew that was trouble. Slow speeds means that people attack, and when people attack there are surges, and surges are sore...

Sure enough we had loads of mini attacks; so you would go from 150 watts to 500watts and back again. Eventually we came into the finish; loads of people sprinting for the line but I stayed well out of that, happy to come in with the main group.

So, that's Day 1 done! It was only 2hrs 7 mins riding and I am shattered now; I need my bed and its only 5pm as I write this!

Day 2 will be more of the same; hopefully the winds are kinder and there won't be quite as many surges. I may even move up from my position at the back!!

When Specialized launched the SL6 Tarmac we thought it was hard to beat. Now there's a disc brake version to tempt us - Barry gives the discs a workout in the Pyrenees...